The historical implications of the information below are so
staggering in their proportion that I had to process it for some time
before I could even speak of it. The proof is right under our noses, yet
the secret persisted. Why?

We understand the controllers have long manipulated our history on
this planet, messed with time and that great evil befell a high
civilization. Now we are dealing with the cleanup process—and in the
nick of time, if my suspicions are correct. More on that below.

What I hadn’t heard until just recently was that so much trouble had
been taken to erase the knowledge of a pre-existing civilization that
spanned the entire planet after a war.

The ornate buildings, towers, columns, bridges, structures and
architecture we still see standing were built by an advanced people with
a much better understanding of science than the marauders who stole
them.

Today, you are being invited to think back on all the people that changed your life for the better.  The ones that supported you when you were too weak to stand, who gave a part of themselves

It is time again to stop, quiet yourself and listen!  The Universe is beginning to relay many things about the incoming changes to your world and how

We are entitled to deduce the probability of electric currents in the body. But we are not entitled on that account to say that the vital phenomena are electrical. [1] Hence Dr. Frankenstein could not have given life to the monster by means of electricity alone.

Heat is not an element. I do not find “heat” listed in the Periodic Table of Elements.

“Heat” in a system is the total energy content (kinetic energy of constituent particles plus the energy involved in the intermolecular attractions) of the molecules. [2]

On our planet, heat primarily originates in the Earth’s core. [3] “Safety valves” for core heat are provided by such as volcanoes and geysers. The heat rises from the core, through various solid elements, and warms Earth. From there it still rises, though it continues to dissipate, up into the cold mountains, covered with snow. It keeps on rising and…

As an economic system for a nation, socialism is a miserable failure. Especially real socialism (government ownership of the means of productions, government-dictated prices, etc).

But that doesn’t stop some people from defending socialism.

They claim the theory is noble since it is based on sharing and equality.

And they even say that many things we like in society – such as the family, neighborhoods, community groups – are based on socialist principles.

I think it would be more accurate to say those institutions are based on non-market principles rather than socialist principles, but that raises an interesting question.

Would socialism be okay if it was voluntary?

In a column for FEE, Tim Worstall explains that we shouldn’t object to socialism – so long as it isn’t coercive.

…voluntary socialism does work sometimes, and it’s habitual now to mention Mondragon as an example of industrial companies that succeed as…

It must have been pre-planned, how the State Of The Union (SOTU) Address was re-scheduled for February 5th. This would have been disguised as a tiff between Nancy Pelosi and Donald Trump. Pelosi disinvited Trump to “the Chamber” supposedly because she was angry, but really the two are good pals who enjoy bowling together in the White House basement.

Pelosi and Trump must have both realized that the Od Force levels would be optimally low around the time of the New Moon and the Lunar New Year, and so the SOTU got re-scheduled. (Recall from yesterday’s blog entry how Baron von Reichenbach had discovered that the Od Force reached maximum expression at Full Moon.)

Congresswoman Alexandria Ocasio-Cortez undoubtedly is fully aware of the potential for “ground batteries.” She wants the U.S. to “go green” with alternative energy. What Ocasio-Cortez dare not mention at this point, because of powerful entities who…

Today may feel a little lighter and brighter than it normally does.  You may wonder if something is wrong or that it is not 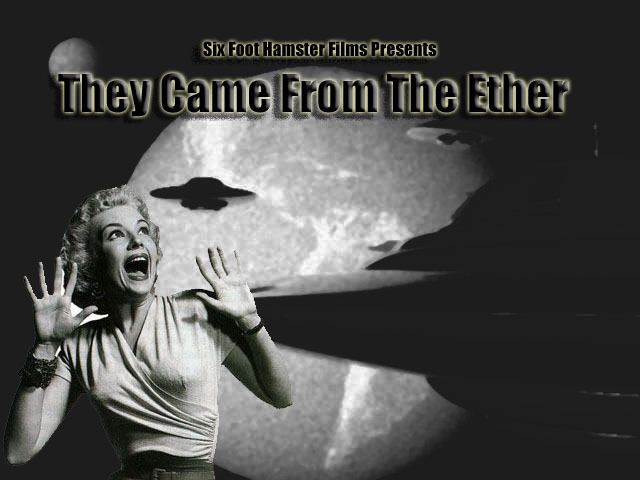 The old-timers posited a fifth basic element as well: The Ether, also spelled Aether. Until Albert Einstein proposed his special and general theories of relativity, The Ether was an essential part of scientific theories. (Background: Ether Abandoned, Ersjdamoo’s Blog entry of September 30, 2013.)

Einstein later regretted abandoning The Ether. The Ether, for its part, just sneers at the “scientists” and says it is they who are “relative.” (Background: Jesus Is The Ether, Ersjdamoo’s Blog entry of October 1, 2013.)