Sylphs were originally called Midway Spirits, so called because they were matrixed halfway between Man and animals. They were considered very enigmatic at the time because they did not exist anywhere else in Creation and nobody had a clue about what they were for. In actuality, they were to have been the initiating fauna for the new Super Universe in Andromeda already in its initial stages of start up as explained in detail in Starrgram 12 of the Intelligent Design of Creation.

As they had no Christ rudder, when the Luciferians came to Earth six hundred and fifty million years ago the Midways were easy prey. Those that aligned with the Luciferians shrunk in Substance and became Gremlins. Those that did not became known as Sylphs. In some cultures they are called Thunderbirds, in others Wingmakers, and Dragons in others yet again.

While the Tao Te Ching is not one of the world’s most discussed religious texts, at least relative to the amount of attention the Bible, Quran, and Buddhist and Hindu doctrines receive, Laozi’s slim volume of instructions has massively influenced how we think about Eastern philosophy. The basis of Taoism is embedded in his series of short and punchy ideas that are rooted in, at times, paradoxical thinking.

Consider one of his most famous aphorisms: “The Tao does nothing, and yet nothing is left undone.” The ‘nothing’ is wu-wei, often translated as ‘non-action.’ One translation of Taoist ideas, Tao: The Watercourse Way, written by British philosopher Alan Watts and Chinese philosopher Chungliang Al Huang in 1975, state that the concept should not “be considered inertia, laziness, laissez-faire, or mere passivity.”

The Fine Art of Non-Doing

Since I’ve been writing a column every day since 2010, you can imagine that there are some days where that’s a challenge.

The cornerstones of economic freedom are personal choice, voluntary exchange, open markets, and clearly defined and enforced property rights. …The EFW measure might be thought of as a measure of the degree to which scarce resources are allocated

by personal choices coordinated by markets rather than centralized planning directed by the political process. It might also be thought of as an effort to identify how closely the… 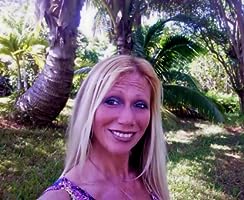 I decided to write an article about the energy we have been in for the past month.  It’s all leading into Scorpio season and will make its big debut the 2nd week of January.  Confused? I was too. I wasn’t going to write about this until I could better understand what I was seeing and experiencing.  And I didn’t think that would happen until next year, but as luck would have it, I have a better grasp on things now.

Before I go further into my article, I would like to give a shout out to my friend Sanna Tärnström. I was on her wonderful Heart to Heart radio show on Sept. 10th, and at the end of the show she asked me what I saw for the upcoming months.  My response, was, “I don’t know because I haven’t looked recently.” I was honest. My life has been…

Exactly what they’re trying to convince you is stupid and worthless is exactly what the universe dragged your sorry ass down here to provide as a necessary life sustaining process of self awareness and free will.

With loving greetings from all souls at this station, this is Matthew. Let us begin by addressing the two matters of most concern to readers—first, mandatory vaccinations for children. Extraterrestrial special forces scientists are neutralizing to the extent possible the toxins in vaccines; nevertheless, continued opposition to vaccinating children as a prerequisite for their attending school is necessary to end this practice that has caused an autism-like condition in many children.

Bodies’ chemistry and immune systems are stressed by mercury, and youngsters who are especially vulnerable sustain neurological damage that results in symptoms very similar to autism, which is a very rare condition. Opposition can be reinforced by declining inoculations advised by healthcare professionals who are rewarded by vaccine manufacturers or believe the false claim that “preventive” flu shots and a raft of others are necessary…

The impact the dark technologies have had on the grids, has a direct impact on us, it creates reversals and digression and has blocked us from the Aether, which is now available.

Look at the above. These are a bazillion comet fragments that the earth and the solar system transited a month ago, on September 10th (those are also historic fragments, there weren’t that many).