Breaking this down to it’s very simplest terms, (in five year old language) magnetics is all about POLARITY.

Every single magnet in existence has two poles.

One of those poles is positive, and the other pole is negative.

Polarity then, is a measure of whether a thing has a positive or a negative CHARGE, and how “much” of a CHARGE it has.

Magnets, and thus POLARITY describe what is happening within the realm of electricity.

Earth is a planetary body.

Earth has a South Pole and a North Pole.

Earth’s two poles create a positive and a negative charge, and thus the entire planet becomes an ELECTRO-MAGNET.

We have been experiencing massive upgrades and activations since 10/10 when we entered a New Dimension and New Timeline as I have been reporting.  The old timeline has collapsed and we can no longer return to this timeline. You  many now find that people you knew in the past are still on this timeline. These are the souls still stuck in the 3D matrix and unable to make any progress and move out of the old timeline.

I advise if this is someone you have not contacted for a long time to be ready to be shocked when you talk to them again The difference in timelines in now staggering. You will now see them hanging onto the past timeline not realizing things have changed. They will also expect you to be exactly the same and in the same timeline they are in. 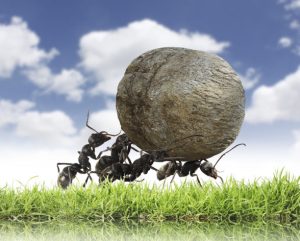 And the battle continues…except that most of humanity doean’t know about the battle! Please read this post from Starship earth which accurately describes what’s been goin’ on under our very noses..

According to sources, we are now in the “end game” for control of Earth, so please enjoy this holiday with your friends and family as Earthers will NOT see another Thanksgiving with the present set of circumstances. Our next should be much better and holds so very much promise for our world!

Please read this log which offers much good info for those “new” to the hidden scene we all live under, consider the validity of your rejections (MSM…really?), and…

We may not have a traditional WWIII, but the drums of war are most certainly beating with a lively staccato on this American Thanksgiving Day.

Whether we consider the leak in Russia a nuclear accident or sabotage, it’s…

Actually, peering behind the curtain and seeing what’s there is step one. The journey has barely begun.

Imagine a near-future corporate boardroom meeting. The CEO stands up and says:

“OK, people, I’ve brought you here because we’re going to try something new and radical. Face it, we’ve been selling crap to our customers for a long, long time and gouging them in the process. Today, that stops. We’re going to shift over to a different theme. Our board will approve, because we’re going to show them this new effort will expand our bottom line. WE’RE GOING MAKE NUTRITIOUS FOOD PACKS AND SELL THEM FOR RELATIVE PENNIES TO A BILLION PEOPLE. That’s the initial goal. We can do it. On another front, we’re going to sell a billion people good clean food seeds for growing food crops. We’re going to buy acres of land in the so-called Third World and then sell parcels, for farming, to the poor for pennies and take a small share of their profits… 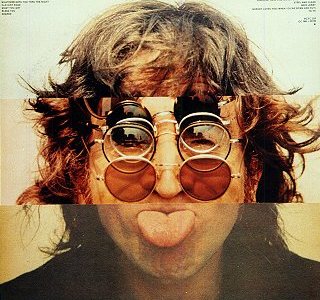 AND THE LIFE SPLITTERS

A rib from Adam and made Eve ?

RIB IS A SYMBOL OF AN ELECTRON

An electron removed from Atom creating Atom a positive ion.

There you have positive negative, yin yang, male female, Adam and Eve.

ALL LIFE BEGAN BY THE SPLITTING OF THE ADAM/ATOM

The stone the builders rejected is the most important one. Build upon that rock.

Go to the garden of Eden the East the right side follow the man with the pitcher of water into the upper room thats furnished .. bring Nothing

Know thyself …. you amaze me …. isn’t it great how real truth banishes all the negative aspects of…

, if people want to live the creative existence, they have to be willing to destroy—and the main thing that awaits their destruction is their own illusions and their commitment to the World of Nice where doily power is the only power. Where that tired phrase, “the approval of others,” is the guiding precept and the stick of fear.

The creative life isn’t about little changes done in little penguin steps. It’s about putting your arms and your mind around Deep, Big, and Wide Desire. It’s about making that Desire come to life.