Dictations of Spirit within each and every Hue-Being are heard.

A world waking up: damage after vaccination It’s no longer an “anecdote” by Jon Rappoport April 25, 2016 (To read about Jon’s mega-collection, Exit From The Matrix, click here.) The medical cartel has a puzzle palace. Inside this structure, words are woven in secret, to confuse, distract, and evade. The most important wing of the […]

via A world waking up: damage after vaccination — Jon Rappoport’s Blog 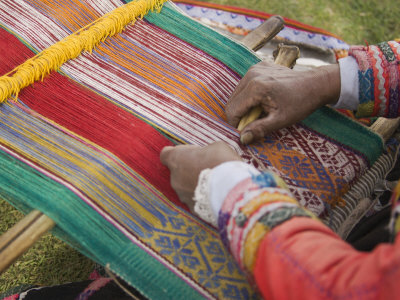 It is not very well-known outside of anthropology just how much culture (and our enculturation from the day we are born) shapes the way we think and how we see the world. Our consciousness takes shape within a social container. A larger piece than you might think of your own personal identity and personality has come about as a response to your social environment, whether embracing or rejecting aspects of the society into which you were born and/or exist within now. Culture is a powerful force that shapes societies and, yes, individuals.

In a hyper-individualistic culture, like that in the U.S., hearing that culture shapes our personalities and identities might chafe. We’re all self-made men and women, right? Nobody/nothing makes us think things or be any way other than what we choose – we’re independent thinkers and islands of selfhood!

Except that we aren’t, not totally. Humans don’t actually work…

With 1.3 billion tonnes of food wasted worldwide each year, these individuals are finding creative, innovative solutions to our excessive and wasteful habits.

Source: The Zero-Waste Revolution: A New Wave of Eco-Consious Living

“DNA, the ancient cabalistic, the Tree of Life, portrayed in the Biblical Torah, is now coming to be viewed as a live vibrating structure, rather than a fixed tape recording. Many modern scientists regard DNA as a shimmering, waveform configuration, able to be modified by light, radiation, magnetic fields or sonic pulses. The legacy of Thoth/Enoch suggests this language of Light, or ancient harmonic science, could actually affect DNA.”
~from “The Secrets of Thoth and the Keys of Enoch” by Paul White

“The unified equations tell us that the whole universe is manifested by the harmonic geometric matrix of light itself. The whole of reality is light. Therefore, it follows, that we as human beings must consist of nothing more than a geometric collection of the harmonic wave-forms of light — guided by intelligence.”
~from “The Energy Grid” by Bruce L. Cathie

“Under the law of the cosmic cycle, invisible…

*SONG* Invincible by Pat Benatar (You really need to listen to this one.)
https://www.youtube.com/watch?v=5A4xBp2rizQ

They say things are written in the stars…
Destiny…but some would argue we choose
Our own fate, our own path…
If that’s the case…then why are
Things decided for us from the day
We are born?

We are taught how to think, what to think…
How to learn…so where’s the choice?
From birth, the home, to school…to how
We enter society…we are individuals, shaped
By our local and home environments…
And so shape our towns, states, countries…
Divided and united we stand…
The strongest, the richest, the most virtuous…
Which is most important?
Do the leaders decide…the leaders or the
Powers behind them?

We are taught a history we, for the most part,
Never saw…We can but only rely
On our most recent elders to tell us the stories…
Which…